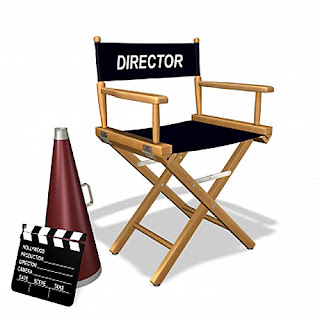 It was a highly ambitious film which was based on a book which has become standard high school reading.

The acclaimed film director needed to prove in this highly-ambitious new film that the accolades bestowed upon him were justified. That’s why he had planned on shooting this new film in the most authentic locations.

But the acclaimed film director was adamant. He had already scheduled to shoot most parts of his new film in Baler in Quezon, Pagsanjan in Laguna and Iba in Zambales. He would later erect a 700-foot bridge made of coconut logs with the help of 350 workers from Baler in Quezon Province. Known for their carving masterpieces, Pagsanjan folks would also later help him build the ruins of a massive structure, complete with the gigantic sculpture of a woman's face.

Even before the shooting began, the acclaimed film director was so disappointed that none of the big actors that he had approached wanted to do the film. In his frustration, he threw all his film trophies outside his window. His young children soon picked them up. Except for a single trophy, all were broken. 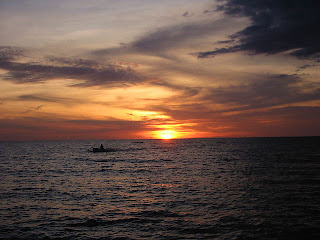 Although the veteran actor’s co-actors found him funny and highly supportive, he earned a reputation for being difficult on the film set. Oftentimes, he was reportedly unwilling or unable to memorize his dialogue. He was also accused of making unusual and childish demands.

But that was just the beginning of the acclaimed film director’s never-ending saga.

Even the supporting actors became a source of headache for the acclaimed film director. One of the supporting actors was constantly under the influence of alcohol and drugs during the making of the film. Another actor, who was reportedly in and out of drug rehabilitation centers, was also deeply into drugs. He kept on forgetting his dialogue and kept on ignoring the acclaimed film director’s instruction.

Even real Philippine Marine soldiers who were hired as film extras constantly annoyed the acclaimed film director because there were times when the soldiers had to leave in the middle of a difficult scene because they were being summoned by their military superiors to fight the rebels. Not to fight actors playing the role of rebels. But to fight real rebels.

When the acclaimed film director was about to shoot a scene which needed several American soldiers as extras, he realized too late that there were not too many Caucasian-looking Pinoys. So, he had to scour Manila’s International School, foreign embassies and even medical schools (where there were many American medical students whose poor grades did not make it to US medical schools). Even the young sons (who were practically children) of the acclaimed film director and the lead actor were just too happy to act as soldiers. 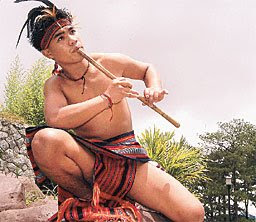 Similarly, even the lead actor’s two sons appeared as extras in the film. Later, these young boys would grow up to become famous actors themselves. One of them would lead a very colorful life and would spend tons of money for prostitutes.

However, the director’s experiences in making this film were not all traumatic. The acclaimed film director had also some pleasant surprises during the making 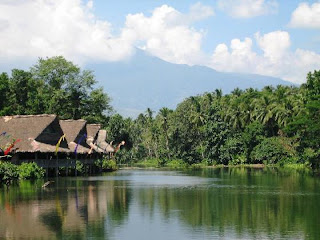 of this film. For one, the acclaimed film director had nothing but praises to the ingenious and talented Pinoys who participated in the making of this film, specially the Ifugaos from Mountain Province. The acclaimed film director was also amazed that, contrary to the negative things that he had heard before he started shooting the film in various provinces, nobody asked him for anything in exchange for assistance in making the film. He did not have to bribe anyone. And the government was all-out in helping him finish his film. They gave him everything that he needed.

The government was indeed beyond cooperative. In one scene where the lead actor was supposed to smoke opium with a woman after they had sex, the acclaimed director admitted that he did not know how to execute the scene because he did not know how to smoke opium. So, the government came to his rescue. The government brought an actual prisoner (who was then serving time in jail for a narcotic-related offense) to the film set and he was instructed to show to the acclaimed film director how to smoke opium. The ecstatic prisoner had the time of his life smoking opium leisurely while the acclaimed film director and the cops watch. After the prisoner had finished smoking the opium, he was led back to his prison cell.

Yes, the veteran actor who played the villain in this acclaimed film director’s film based on Joseph Conrad’s novel, Heart of Darkness, was paid a million dollars per week.

And yes, this film was directed by the acclaimed film director who also previously directed the film about organized crime which is probably on everybody’s favorite list, The Godfather.

And yes, Apocalypse Now was filmed entirely by acclaimed film director, Francis Ford Coppola, in various parts of the Philippines with the talent and ingenuity of thousands of nameless Pinoys.

Now you know the truly amazing people behind this equally amazing film.

Next: A Pinoy Actor Who Has Been a High School Student for Twenty Years?

welcome back! love it. next na, who is this pinoy actor who overstayed in hs? =)

Absolutely love your stories. Hopefully you won't limit us readers. (There was a time I had no access...)

Loved the story. However, the narrative could have been more enjoyable if "acclaimed film director" had not been mentioned over and over again. :)

wow! nice story you got there, huh?

I can't wait for the next one. Hope it won't take forever again. Lol. Thanks!

i did not know you were back!
Welcome back and hope to read more stories from you!

I read the word "acclaimed" for countless times.