Let’s say that you are in your senior year in high school. You are preparing your class yearbook. And you are handed the following list of choices of what you could be: 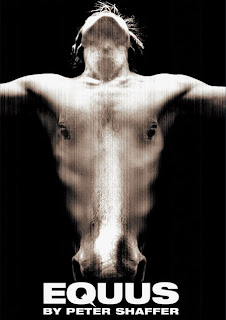 If these are the only choices, which would you want to be?

Now, back to reality. Did you, by any chance, turn out to be any one of these? If so, which one are you?

But how would you feel if you turned out to be all of these?

Yes, all of these. And more.

I know someone who was all of these.

Yes, he was all of these.

He was a Pinoy genius.

I first saw this Pinoy genius as the stage actor-director of a classic stage play. His performance in the play was just okay. And there was nothing really spectacular with his direction of the play.

In other words, I was not really impressed with him.

Then, I attended a series of weekend workshops conducted by this Pinoy genius. I had no interaction with him. I did not even have the chance to speak with him. I just sat quietly at the back of the room, near the door (where it would be easier to sneak out when things get unbearable).

His lectures were simply brilliant. I have never met anyone else who could speak so eloquently, notwithstanding the generous dose of his wicked sense of humor. No one came close. He was in a class by himself.

I was really blown away by him. I stayed. And came back the following weekend. And all the succeeding weekends. Until the last day. But still, I did not get the chance to talk to him. It was too shy to approach him. (Or should I say, he was just too intimidating for me.)

One early evening, I received an unexpected call.

He wanted me to come and see him. He was at the Cultural Center of the Philippines (rehearsing a play, I presume). He mumbled about showing me something.

But I was young and naïve then. I was apprehensive.

Sounding disappointed, he hung up.

In my anxiety, I did not even have the guts to ask him what it was all about. But it kept me wondering.

What did he want?

Did he want me to edit his next entry to the Carlos Palanca Memorial awards?

Did he want me to help him write his next stage play?

Did he want me to audition for the lead role in the next stage play that he would direct?

But why me? He did not even know me.

And I did not even know much about him either.

I did not know him beyond the bits and pieces of information that I’ve read and heard about him.

Although this Pinoy genius excelled in a variety of disciplines, he was most visible as a stage writer-actor-director. As an artist, he was very serious with his craft. During a performance of a Shakespeare play which he directed, the students in the audience kept giggling because they were distracted by the lead actor’s genitalia which was clearly outlined in his ill-fitting tights. And so this Pinoy genius did the unimaginable. He rushed to the stage and berated the guilty students. Then, the play resumed as if nothing happened. Only someone like him could get away with something like that.

But in the name of arts, this Pinoy genius had no qualms about exposing his genitals, warts and all, in public. When he appeared in Peter Shaffer’s stage play, Equus, he was reportedly stark naked. “Equus is a free spirit and there was no other way to depict that”, he once said. Well, even former TV host cum EDSA People Power leader Maan Hontiveros and TV’s Congressman Manhik Manaog a.k.a. Leo Martinez a.k.a Gina Valenciano’s (Gary’s sister) husband a.k.a. former husband of Repertory Philippines’ resident actress Enchang Agudo (present wife of former ABS-CBN newscaster Mari Kaimo and mother of former ABS-CBN Star Circle member Kahlil Kaimo) reportedly went all the way when they starred in the same play some years ago. And in 2007, even the ultra wholesome Harry Potter (actor Daniel Radcliffe) bared everything in the London revival of Equus. And for a limited 22 runs, Daniel Radcliffe will reprise his West End role starting on September 5, 2008 at the Broadhurst Theater on Broadway (the same theater where Les Miserables had a successful revival which was well-attended by Pinoys, including their own president and her cabinet who had a tete-a-tete with the show's star, Lea Salonga, right on the Broadhurst stage [!] after the performance).

And if this Pinoy genius could shed his clothes in public, there’s no question about him doing it in the privacy of his home. He confessed that he and his actress wife would sometimes walk around the house in the buff. “It’s liberating”, he said.

At work, this Pinoy genius was always criticized for giving the female lead role in virtually all his stage productions to his actress wife. But these criticisms fell on deaf ears. He was a loving husband to his wife. They stuck it out through thick and thin. Until his wife’s car crashed on the peripheral wall of one of the exclusive villages in Makati. It was a tragic death, not unlike many of the tragic Shakespearean and Chekovian heroines that she portrayed brilliantly on stage. Her death devastated this Pinoy genius. Since then, friends missed his witty repartee and unmatched sense of humor.

One time, this Pinoy genius talked about the screenplay that he was writing for a future National Artist, Director Ishmael Bernal. It was an adaptation of his Palanca-winning English stage play, Claudia and Her Mother. The film version of the play starred Rita Gomez and Stella Suarez, Jr. (The latter was named after Richard Gomez’s circa 70s actress mother and she was initially introduced to the public as Richard Gomez’s sister, hence the name. But it was later revealed that they were just cousins. Richard Gomez was discovered while waiting to drive Stella Suarez, Jr. home after a film shoot. Richard eventually landed a walk-on part in Stella's movie. And the rest was history.)

The film version of Claudia and Her Mother was given a more commercially viable title: Gamitin Mo Ako. This was the time when censorship-averse film producers were employing creative ways of getting away with a naughty film title. The title of this film was simply brilliant. The root word “gamit” means user in the literal sense. However, a closer look at this word would reveal that the word “gamit” has sexual connotations because it is oftentimes used as euphemism for the word “fuck”. (You just have to turn the tabloid’s pages to rape/sex news during this era to understand.) If we apply this meaning to the film’s title (Gamitin Mo Ako), the title of the film would easily translate to “Fuck Me”.

But the movie censors at that time apparently did not get the film title’s second meaning. The film’s title was approved without any hitch. This Pinoy genius got away with it. This was reminiscent of the scheme employed by the great Orson Welles in tricking the US censors to approve his film, Citizen Kane, which is regarded as the greatest film of all time (It has always occupied the number one spot in the American Film Institute’s annual list of the Top 100 Films of All Time). The US film censors did not allow a film about a living person. Since Citizen Kane was a thinly-veiled biography of newspaper magnate William Randolph Hearst (grandfather of Patricia Hearst who was kidnapped and later joined her abductors to rob a bank, a behavior which was attributed to Stockholm syndrome) who was still living at that time, it definitely would not have been approved by the film censors despite efforts to fictionalize it. However, since Orson Welles knew that the film censors also frowned on film scenes which take place in a brothel, he purposely inserted a brothel scene. True enough, the film censors made a big fuss about the brothel scene and missed entirely the bigger issue that the film was clearly based on a living person. Just like Orson Welles, our Pinoy genius got away with his crime.

This Pinoy genius also accomplished a similar feat in his weekend column for the defunct Lopez-owned newspaper, The Manila Chronicle. His newspaper column’s title consisted of two words: the word “Totally”, followed by his complete surname. His column’s title sounded fine that way. It even sounded unimaginative and dull. Until you discover this Pinoy genius’ usual sense of humor behind this innocent-sounding newspaper column title.

The fun and the pun in his newspaper column’s title was revealed when the title of his newspaper column was shortened. Thus, instead of the full title, the word “Totally” was substituted with just the first letter of this word which is “T.”, followed by the Pinoy genius' complete surname. The shortened column title gave it an entirely different meaning. It sounded like a curse, with sexual undertone. Truly ingenious!

Again, this Pinoy genius got away with his usual sexual innuendo.

Or could that be his subtle rejoinder to his critics?

But one thing kept me wondering more: What was it that this Pinoy genius wanted to show me when he called me on the phone to see him at the Cultural Center of the Philippines that evening?

I would never ever know the real story behind that phone call from this Pinoy genius.

I wish though that this Pinoy genius just wrote about it in his column in The Manila Chronicle entitled, "Totally Tinio".

And which was sometimes shortened to "T. Tinio".

But since I never read about it in his column in The Manila Chronicle, only this genius Pinoy newspaper columnist, Rolando Tinio, knew the real story behind his phone call that evening.

Other than the fact that he called, no one would ever know the rest of it.
Image from nedgallagher.com
Next: The acclaimed director of the film which is on everybody’s favorite list resorted to drugs and suffered a nervous breakdown while shooting his next film.
Posted by Nick at 1:28 PM

Hi Nick, been waiting for this. What took you so long? :)

Anyway, I remember watching Rolando Tinio in Noli Me Tangere shown over Channel 5. I was not impressed though my friends told me he is really great.

I'll wait for the next story.

you must be one very, very, very busy person. we've been waiting for your next story, much like waiting for the next Gloria scandal. we all knew it's coming, but we dont know when hehe

is his wife deborah sun, the actress?

I just chanced upon your site through a link from another site. I can truly say, it's a gem of a find.

Most of the contents written in your posts so far, I immediately got right off the bat. The way you write it down is compelling yet enough to prevent someone with the right amount of self-control from scrolling down.

Keep up the good work!

He is my uncle, my Dad's first cousin, mother-side.

Thank you for this.

I'm so proud of him!

I will post this on my blog, would you mind? With your URL of course....

his wife is ella luansing.and his son is the president of the alliance of concerned teachers.

I have been visiting various blogs for my Term Papers Help research. I have found your blog to be quite useful. Keep updating your blog with valuable information... Regards