Venus is the Roman goddess associated with beauty. And Pinoys love beauty. No wonder, watching beautiful women as they parade in swimsuit is one of Pinoys’ national pastimes. No one can beat a Pinoy in easily spotting beauty and getting her to succumb to his irresistible charm. 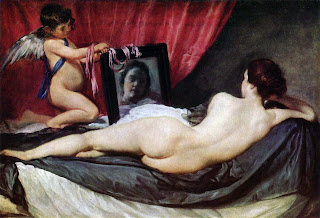 A. Helena’s parents met in Canada where they eventually got married. She was born on August 20 and was the third in a brood of four girls and one boy. As a young girl, she developed a passion for gymnastics and swimming. When she turned 17, she was prodded into joining a national beauty contest. Standing 5 feet, 5 inches and weighing 110 pounds, she handily won the national beauty contest. On the same year, she travelled to the United States to compete in an international beauty pageant which was being held for the first time.

On July 28, twelve days after arriving in the United States, the final day of the beauty contest was held. One of the judges was a Mexican Hollywood actor who would later star in a Famas-nominated Pinoy action film directed by a Pinoy director and featuring a supporting cast which included a martial arts-expert-cum-Pinoy action star and a former Binibining Pilipinas runner-up: Elizabeth Oropesa. Since the beauty contest was being held for the first time, there were only 30 contestants from various countries. Only one Asian made it to the top five.

A. Helena won the hearts of the panel of judges with her elegant beauty. She easily won the top prize. Since it was the first year of the beauty contest and there was no previous winner, she was crowned by an actress whose leading man in her first movie was a movie actor who later became president.

Part of A. Helena’s prize as the first ever winner of the beauty pageant was an appearance in a Universal Studio movie to be filmed in the United States where she would be paired with a popular comedy duo. However, there was a problem. She had no permit to work in the United States. In order to secure work permit for her, the pageant organizers tried to convince her to marry a famous Hollywood actor (who later married the star of a very famous Hollywood film with whom he had a daughter who later became an equally famous Hollywood actress). A. Helena refused to marry the famous actor and the movie was never made.

On February 22 of the following year, A. Helena had a blind date with a wealthy Pinoy businessman who was also a very good dancer. She was instantly infatuated with this smart yet unassuming guy who graduated from New York’s only ivy league school: Columbia University. She agreed to marry him. To mark their engagement, he gave her a diamond ring. But there was a problem. Her reign as beauty pageant winner was not yet over. Her contract required her to finish her one-year term before she could get married. But she was madly in love with him. So she decided to give up her crown. But before a formal wedding could be held, the couple decided to get married in haste in Japan. His wedding gift to her was a brand-new car. Their love story was made into a movie which was shown that same year.

Beauty #2: S. Marquez
Eight years after A. Helena's triumph, S. Marquez defied her school’s warning for wearing a swimsuit and proceeded to compete in the same beauty contest in the United States which was earlier won by A. Helena. However, S. Marquez landed only as one of the 15 semifinalists. Although two Asians made it to top 15, no Asian made it to top five. Disappointed, she competed again in a different international beauty contest which was being held for the first time that same year. Armed with valuable lessons from her previous international contest, notwithstanding her fascinating figure and flashing smile (as described by the press), she vowed to win this time. However, her confidence melted when she saw that one of her competitors was Miss Austria who was also a contender in her previous international pageant where Miss Austria made it to the top 5 while S. Marquez only made it to top 15.

As a sidelight to the contest, a controversy erupted when people noticed that one of the contestants' photograph which appeared in the pageant’s program had been retouched and an evening gown was painted over her photograph to conceal her body. Rumors spread that she posed nude for the photo session.

During the preliminaries for S. Marquez’s second international beauty contest, fifteen semifinalists were initially chosen among 41 contestants. Four Asians made it to the semifinals: Miss India, Miss Japan, Miss Philippines and Miss Singapore. However, when the five finalists were announced, only one Asian made it to the list. The object of her fear, Miss Austria, didn’t make it.

When it was time to announce the winner, there were some delays as the judges continued to debate over their choice of winner. However, it was widely believed that the delay was deliberately done because the judges waited for one of the top five finalists to commit a mistake. One of them allegedly stopped smiling, so she lost half a point and only ended up as first runner-up. With half a point edge over her first runner-up, the winner was finally announced. S. Marquez became the first ever winner of the international beauty contest.

Soon, S. Marquez met a wealthy Pinoy businessman who instantly swept her off her feet. They eventually got married.

Beauty #3: Angela F.
Four years after S. Marquez won, Angela F. competed in the 13th year of the same international beauty contest which was won for the first time by A. Helena but where S. Marquez made it only to the semifinals. It was an unlucky year for Angela F. because she did not make it even just to the semifinals. Only one Asian made it to top five: Miss Republic of China who was fourth runner-up. But Angela F. did not give up. The following year, she joined another international beauty contest which was being held for the first time. She handily won the crown.

Soon, Angela F. got married to a Pinoy from Cebu.

A. Helena, S. Marquez and Angela F. are three beautiful women who were lucky in the first year of their respective beauty contest. But luckier were the three lovers of beauty, their respective husbands, for winning the elusive hearts of these three international beauty queens.

Angela F., who did not make it to the semifinals of the 1964 Miss Universe beauty pageant and who married a Pinoy from Cebu, Jose Faustino, is Angela Filmer who became the first ever Miss Asia in 1965 (and probably the only one since it is different from the current Miss Asia Pacific International where the Philippines has won four times).

Yes, the first ever Miss Asia is Malaysian but she is married to a Pinoy.

S. Marquez, who became the organizer of Binibining Pilipinas beauty pageant and who landed only as a semifinalist in the 1960 Miss Universe beauty pageant and who eventually married wealthy Pinoy businessman, Jorge Araneta, is Stella Marquez who became the first ever Miss International in 1960 (where the only Asian in the top five who lost half a point to become first runner-up was Miss India).

Yes, the first ever Miss International is Colombian but she is married to a Pinoy.

A. Helena, who was smitten by then brilliant young senator Ferdinand E. Marcos when she visited Senate and who was escorted by then soon-to-be feisty senator Benigno Aquino, Jr. when she crowned that year’s Miss Philippines and who was crowned for winning an international beauty pageant by actress Piper Laurie whose leading man in her first movie was former actor, President Ronald Reagan, and who refused to marry famous Holllywood actor Tony Curtis (who later got married to Psycho star, Janet Leigh, who was the mother of Hollywood actress, Jamie Lee Curtis) and instead married wealthy Pinoy businessman, Virgilio Hilario, is Armi Helena Kuusela who became the first ever Miss Universe in 1952 (where the only Asian in the top five was Miss Hongkong).

Yes, the first ever Miss Universe is Finnish but she was married to a Pinoy.

Indeed, Pinoys love beauty. And they married them.

Armi Helena Kuusela of Finland, Stella Marquez of Colombia and Angela Filmer of Malaysia may have won the beauty standards of their respective beauty pageant’s board of judges but the Pinoy triumvirate of Virgilio Hilario, Jorge Araneta and Jose Faustino won the hearts of the first Miss Universe, the first Miss International and the first Miss Asia, respectively.

And Venus loves them back.

And most of you have probably heard the rest of these amazing couples' stories.