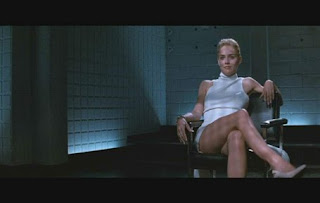 It was a blistering summer afternoon.

There was not a single tree shade to alleviate us from the scorching sun and humid air. We were seated on the hot sand near the beach, forming a semicircle towards an old upturned wooden boat where the only woman in the group was comfortably seated.

She was dressed in a flowing printed cotton dress. She was not really a stunning beauty but I could not control the urge to stare at her. My folks have always reminded me that it is rude to stare at anyone. But what could I do? She was not only among the hottest actresses of the day; she was also regarded as a highly controversial and daring actress.

Men fantasized about her. But she was not as tall as I imagined her to be. Movies really have this uncanny ability to make movie stars appear bigger than life, literally and figuratively. But she was really morena-complexioned. Her movies did not make an effort to hide that. But her skin color added to her sex appeal. Men of all persuasions lust after her.

But unlike most daring movie actresses these days, she was not discovered while dancing on a pole in a seedy beerhouse. Or picking up horny politicians in some two-star hotels. Although she jumpstarted her entertainment career with a pioneering show (well, sort of), this controversial and daring actress was well-educated. In fact, she finished her bachelor’s degree at a university which is widely regarded as one of the best in the country before she joined one of the country’s most prestigious beauty pageants. Although she was not really a ravishing beauty, she was very articulate and smart. Expectedly, she won the beauty pageant’s top prize. She represented the Philippines in one of the the world’s most prestigious beauty pageants that year. Coming home without the coveted title and the obligatory complaints, she opted to become a movie star.

It was during a lull in the film shoot of one of her most daring movies that I found myself face-to-face with this well-educated lass on that hot afternoon at the beach as this beauty queen-turned- movie actress chose to engage in a small talk with us as we formed a semicircle while she sat comfortably on an upturned wooden boat. She spoke very fast. But she was indeed very articulate even in person, just the way she projected herself in her TV interviews.

She was discussing animatedly. Then consciously or unconsciously, she suddenly spread her legs.

I was so stunned that I almost choked.

I was actually shocked with what I saw. And this was before Hollywood actress Sharon Stone created a stir for her most talked-about interrogation scene in the controversial movie, Basic Instinct.

I was just about three to four feet away from this beauty queen-turned-actress whose fully spread legs were staring at us.

But it was not only her fully-spread legs which were staring at us.

Another thing was staring at us.

Because she was not wearing a panty.

Yes, her private part was staring at us hot-blooded young men, mostly students.

I swear that I could have counted her sparse pubic hair had I chosen to.

That’s how close we were to her.

I was truly embarrassed for her.

But she seemed not bothered by it at all. As if it was nothing.

She went on with her monologue.

All the guys around her fell silent. I could hear a pin drop, amid stolen side glances and suppressed heavy breathing.

But I was sure of one thing. We had a field day. In fact, all of us could have caught red eyes the next day because of what we saw.

I was about to discover that that shocking moment was just the tip of the proverbial iceberg. In movie parlance, it was just a sneak peek of the main feature.

Because the next day’s film shoot was even more shocking. It was insane. I just couldn’t believe it.

Even if you’ve seen the film, you probably wouldn’t believe what really happened behind the camera on the set of the next day’s film shoot.

It was extremely shocking.

I myself couldn’t believe it.

Yes, even to this day.

wow exactly one year ago was the last post. but glad you are back.

Any clue on this wild girl?
Anyway, It's nice that you started writing again. We miss your stories.

glad to know you're back to blogging... so, who is she?

people of the world!!

A friend suggested I visit your blog. Lo and behold, I did read the whole thing in 2 hours. Hope you'll be posting more. ;))

hope you'll post more !! I was reading your blogs the whole weekend

I've been waiting for your next post.
Please keep your posts coming.

i think she is barbara luna!! one of the morena beauties of her time. the movie basta driver, sweet lover starred the late george estregan.

i searched the net after i read this, and i think i know who she is now.

glad you're back nick ü